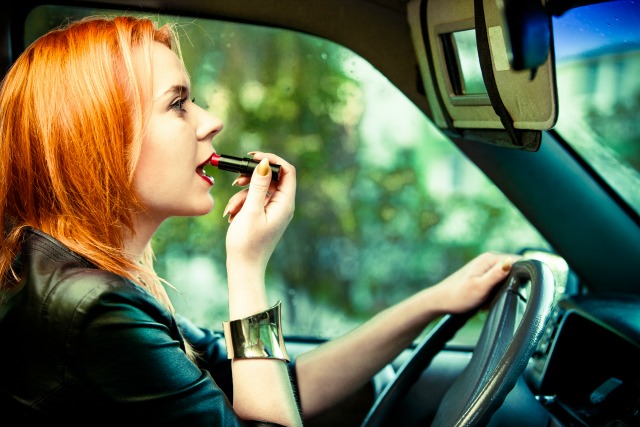 A whopping 86% of high school juniors and seniors admit to using their cell phones while driving, according to a statistic presented by American Psychological Association.

That is dangerous data when paired with another statistic. Twenty-six percent of the nation’s car accidents were caused by the use of cell phones, per the National Safety Council’s annual injury and fatality report.

With so many teens using their phones while driving, and a high correlation between accidents and distracted driving, instilling safe driving habits in teens is becoming increasingly important. That starts with parents — because they could be the root of the problem.

In a recent presentation “Is That Mom on the Phone? — Teen Drivers and Distraction,” the American Psychological Association explains that parents may contribute to the amount of distracted driving their kids do.

APA reviewed current data on the topic and conducted research of their own by surveying 395 teens, and found that teens often use their phone while driving because of influence by their parents.

The Center for Disease Control and Prevention released data that 69% of US drivers reported they had talked on their phone while driving within 30 days of being surveyed.

When teens see so many examples of distracted driving, they begin to believe it is common. Parents need to reinforce that distracted driving is dangerous by setting an example and never driving while texting or talking.

Parents Pressure Their Teens to Answer Their Calls

Parents often expect their teens to answer their calls or respond to their texts right away. This pressures teens into thinking that they always need to answer, even if they are driving.

All but one teenage driving demographic surveyed by APA said that parents were the number one contact they talked to while driving.

Teens talk to their parents more often than they talk to their friends while driving. Fifty percent of 18-year-olds said their phone time was spent talking primarily to parents.

Successfully teaching teens how to incorporate safe driving practices starts with the parents. A few ways parents can help instill safe driving habits in their teen include the following.

Make it easier to connect with your teen and encourage them to be a safe driver with the MamaBear Family Safety App (available for iPhone and Andriod). 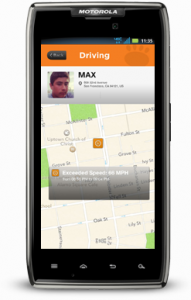 According to the California DMV, “the greatest risk of traffic crashes is among teenage drivers. Traffic crashes are the leading cause of death for teenagers across the United States.” The tragic death of Fast and Furious star Paul Walker, who lost his life November 30th in a fiery car crash believed to be caused by high-speed driving, has put driving safety in the spotlight. While speeding-related car crashes can happen to any person at any age, teens are perhaps the most at-risk group for car crashes and car deaths.

Just as you give children a world of freedom when you hand them their first smartphone, their world expands even more when you give them the keys to a car. Providing this kind of independence is a proud parenting moment – but is also likely the scariest.

See Also: The Ages at Which Children Receive a Mobile Phone

We like to think – wishfully, perhaps — that our kids are as fearful of the awesome power of “two tons of rolling steel” as we are and therefore drive safely and conscientiously. Realistically, though, teen drivers are beginners, and their lack of experience behind the wheel combined with their undeveloped risk-taking sense can add up to disaster.

The Need to Speed

Whether teens speed to keep up with traffic, because of peer pressure or for the sheer thrill of going fast, recklessly-fast driving can have deadly consequences. According data compiled at TeenDriverSource.org, teen drivers are “more likely than older drivers to speed and to allow shorter headways.” When a teen driver was behind the wheel, speeding was to blame in more than half of the crashes involving fatalities.

The MamaBear Family Safety App sends parents notifications about how fast their kids are driving or riding and where.  This unique feature puts  information in the hands of parents and provides kids with freedom to ride with friends or drive themselves but with a little accountability to ensure  safety.

Giving parents the power of knowledge helps prompt discussion for consequence and safety. These necessary conversations can plant a seed of awareness in your teen’s mind that might curb dangerous future behavior, as well as how to stand up for what’s right in the face of peer pressure. 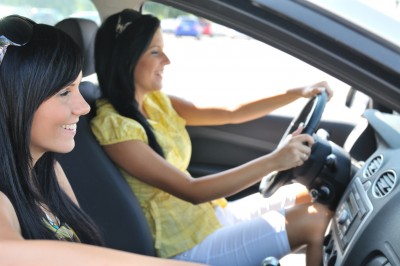 We love it when we receive appreciation for providing a simple solution that allows parents to monitor teen habits and patterns. Teen driving is just one of many reasons parents consider device monitoring. We’ve compiled some of the top reasons families use the MamaBear app. In particular, here’s a short list of the benefits MamaBear families observe when using the app to monitor teen driving.

Parents are almost universally worried when our kids first take to the roads. We’re worried about their safety but also excited about the added freedom and responsibility that driving means. More than a few of us use the passenger seat floorboard as imaginary brakes while in the car with our kids, but realize we can’t always be there to pretend to slow down. MamaBear allows parents to monitor teen driving speed from anywhere, making the driving experience easier for both parents and teens.

Having information about your kid’s driving speed and whereabouts allows you to have important safety conversations. Using relevant situations about driving too fast can help you lay out the consequences of speeding – and we’re talking about the consequence of seriously hurting someone else or themselves. In addition, knowing where they visited can support discussions about dangerous destinations.

3. Eliminate Side Trips and Unapproved Trips

The GPS monitoring and location alert features of the MamaBear app helps parents monitor teen driving in ways we didn’t expect. Parents get alerts if the child goes to an un-approved location or leaves an approved location outside of the agreed upon schedule. Combined with speed alerts and GPS tracking features, this has helped quite a few MamaBear families know when the kids are taking an unauthorized spin.

When our kids know we care enough to monitor, they tend to behave a little better. We’ve found that kids drive quite a bit slower when they drive with a monitoring app on board. With the MamaBear app, teens know their parents will get an alert if they exceed a set speed. By combining speed alerts with GPS mapping, kids are typically more cautious behind the wheel.

1. We’re There in an Emergency.

MamaBear makes sure our kids can communicate quickly in the wake of an emergency. Even something as simple as a flat tire can be scary to a new driver. When there’s a fender bender, a flat or a break down, the whole family will be happy for the easy, one button communication MamaBear provides.

If you’re nervous about your teen driving, let the MamaBear app ease your worries.