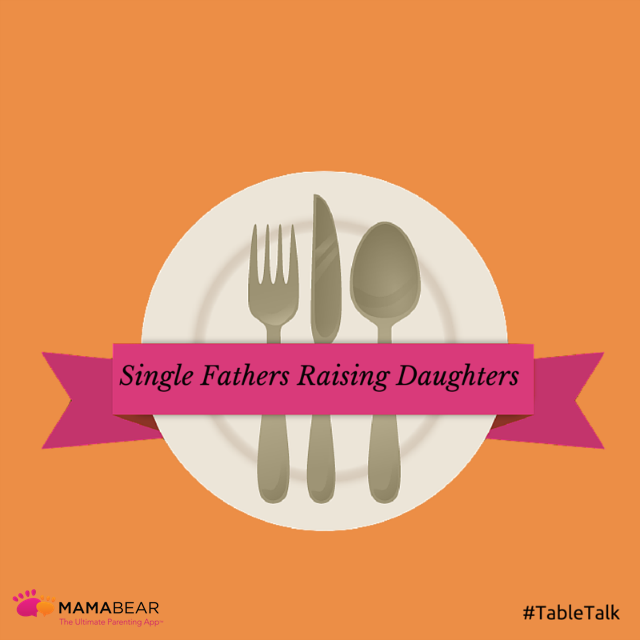 Raising daughters is difficult. As girls grow, they are forced to deal with complex emotions, physical changes, and social situations. As a parent, you are right there beside them dealing with the same complicated challenges.

But it’s even harder to navigate with those situations while raising a daughter on your own — especially when you are a single dad.

Single fathers raising daughters face a unique challenge. They have to play both sides and fill the role of both mom and dad.

To help dads who are doing it on their own, we have compiled a few discussion tips that dads can use while talking to their daughters.

1. Compliment her on her accomplishments and character as much as her beauty.

Dads may think that the fastest way to improve their daughter’s self-esteem is to shower her with compliments about how she looks. But positive reinforcement shouldn’t stop at beauty.

Dads need to complement their daughter’s imagination, strengths, and intelligence as much, if not more than, her physical appearance. It’s more important to show girls that they are more than just a pretty face. The self-esteem and deeper character that this kind of reinforcement builds will serve her better in life.

2. Ask questions about her interests, hobbies, and friends.

As a dad, talking about Justin Bieber, Frozen, or the latest fad in nail polish may not be the ideal way to spend your dinner conversation. But if something interests your daughter, it should always interest you.

Get to know what goes on in your daughter’s world by asking her questions about her interests, hobbies, and friends. These are things she would likely share with her mom so make sure she has no problem sharing them with you instead. And don’t, under any circumstances, belittle her thoughts or dismiss her interests. Daughters respect their fathers and your interest, advice and support means the world to her.

If your daughter doesn’t have a positive female role model in her life, make sure that you expose her to some.

Tell her stories about inspirational women that are leading their industry, creating change, or making waves in a male-dominated field.

Make sure that she is aware of these stories and sees you support these women, and that you encourage her that she could do the same.

4. Teach her about respect and how it relates to sex.

A father’s natural instinct may be to discuss sex and boys from a negative standpoint. They want to tell their daughters that both are scary and dangerous. But dads need to talk about sex and relationships in a healthy way.

Don’t teach your daughter to fear sex and boys. Instead, teach her to respect her body and demand the same respect in relationships so she can make safe, healthy decisions when it comes to boys and sex.

5. Look her in the eyes and show her you are paying attention.

Kids crave their parent’s attention. So make sure you give your daughter the attention she deserves by ignoring other distractions (like after hours  work, phones, tv, etc.) and having one-on-one conversations where you look her in the eyes and show her you are there to listen.

Mom or dad, being a single parent is a challenge. You may sometimes feel like you are half the team playing the whole parenting game, but you are still the biggest and most important person in her life. And for those times it may seem a bit overwhelming,  help is out there. Seek out information, parenting groups, friends and other support to give you the confidence that you are doing the right things.

MamaBear, the app for Peace of Mind Parenting™  can help parents struggling to keep up with their children in a face-paced world. The app includes tools for monitoring social media, GPS locations of your children, and even safe driving speed monitoring. Parents have a big job, but that job is a littler easier with this free app available for both iPhones and Androids.