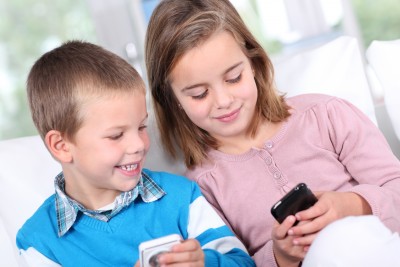 With news that the number of mobile phones that exist in the world will exceed the current global population in 2013, it makes us wonder why mobile phones have made such a huge impact on our lives over the past ten years.

I remember my very first phone- a hand me down from my mum, then sister- and strongly recount how grown-up I felt for owning my very own mobile device. However, at 9 years old, I used the phone for nothing but playing games, especially as none of my friends had a phone for me to text or call.

But things today are already very different from when I was 9 years old; it was just last week that I witnessed my 3 year old cousin successfully unlock her dad’s iPhone and navigated her way to a particular app. With children having more and more exposure to technology today, it is hardly surprising that toddlers are capable of handling mobile phones and tablets.

But what age is too young when it comes to children owning mobile phones?

A recent study suggested that 47% of teenagers now own a smartphone, with over half of them considering themselves addicted to their mobile device.

Teenagers activating and looking for the best mobile phone deals on smartphones such as BlackBerrys, iPhones and Androids was at a record high last Christmas, suggesting that the number of young people being bought a mobile phone is increasing year on year.

The report found that over 20% of 13 year olds now own a mobile phone, though the majority of these teenagers don’t have the latest smartphone models such as the iPhone 4S or Samsung Galaxy S3. Many parents even admitted that their children as young as 10 owned a mobile phone, though a high proportion of these owned hand-me-down devices rather than brand new phones specifically purchased the for child in question.

The increase in young people owning a mobile phone can even be seen in the way that contracts have changed. For instance, while pay as you go devices may have become less popular over the past 10 years, pay monthly contracts that can be capped have become more so. In this way, parents find that they are able to track their children’s mobile phone usage insofar as checking which numbers they are calling, and how much money they are spending.

The Pros of young people owning a mobile phone

While critics often focus on the negative impacts of children owning a mobile phone, it is clear that there are obvious benefits of young children being able to navigate their way round technical devices at a young age.

The main pro of a child or teenager having their own mobile phone is an issue of safety; if they can contact you and if you can contact them at any time, it lessens the anxiety that a parent feels if their child is out with their friends, or on a school trip, for example.

Also, by allowing young people to have their own mobile phone, it teaches them the art of budgeting, as well as making them responsible. As mobile phones aren’t always cheap, entrusting a device to a young person is key to their personal development and transition into becoming an adult.

On the other hand, recent reports suggest that out of the all mobile phone thefts last year, a high proportion of them were targeted at teenagers. For example, of the 1,223 mobile phones that were stolen in Nottinghamshire last year, 40 per cent were taken from young people under the age of 21.

However, while this figure may be high, it doesn’t necessarily represent the crime rate throughout the UK. Also, teaching young people about how to stay safe when using their mobile phone is a good lesson learning how to prove their ability to take care of their most prized possessions.

So there we have it; while the number of young people owning a mobile phone might be on the rise, it doesn’t necessarily mean that our children are failing to learn how to communicate. With the technology dominating our society today, it only seems fitting for the future generation to be at the forefront of the hi-tech revolution. And with ‘text speak’ well and truly out of fashion, mobile phones could even get young people writing the English language more frequently, thus enhancing their education. What is clear, however, is that the pull of mobile phones to young people today seems to be getting stronger for parents to resist. 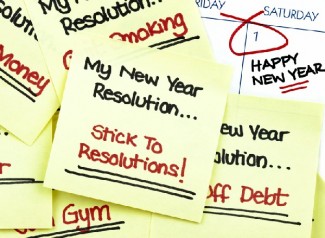 Happy New Year from the MamaBear team! Well . . . do you have your New Year’s Resolutions planned?  They are so hard to stick to, right? It’s hard because it’s discipline. Ultimately, New Year’s resolutions are all about discipline and accountability. Working out when we say we’re going to work out. Skipping fries when we say we’re going to cut carbs. Consistency is hard to maintain with new habits. We’ve all broken a few resolutions here or there, and we all know how hard it can be to maintain constant discipline.

If we, as adults, have a hard time with discipline, it is no wonder that our kids battle with it just as much. It’s human nature to want to explore and push boundaries. I haven’t found a parent yet that says, “My kids do exactly what they are supposed to after being told just one time.” As many parents know, it’s about consistent reinforcement.

Obviously we feel that keeping a watchful eye on our children is a good idea – it’s why we created the MamaBear app in the first place. But remember, no one is perfect. Not us as parents and certainly not our children. If we can’t keep our own New Year’s resolutions every time, then maybe we can show some empathy when we feel overwhelmed by our words of repetitive discipline.

We encourage parents to use MamaBear as a tool to gather information. Information to have continued, relevant, consistent conversations about important issues like appropriate behavior on social media, why certain places are off limits and why accountability is important. It’s not hard to teach kids the importance of showing up for practice when they say they will. It just takes consistent reinforcement, even when a child strays a bit.

Going over the speed limit, visiting places we’d rather our kids not visit or perhaps taking a day off school without you knowing are ways boundaries could be tested. We all tested our boundaries growing up, now we have tools like MamaBear that give us vital information to talk about consequences. Tools to give our children consistent and empathetic dialog when they push against our boundaries in the New Year.  Make it a great 2013!