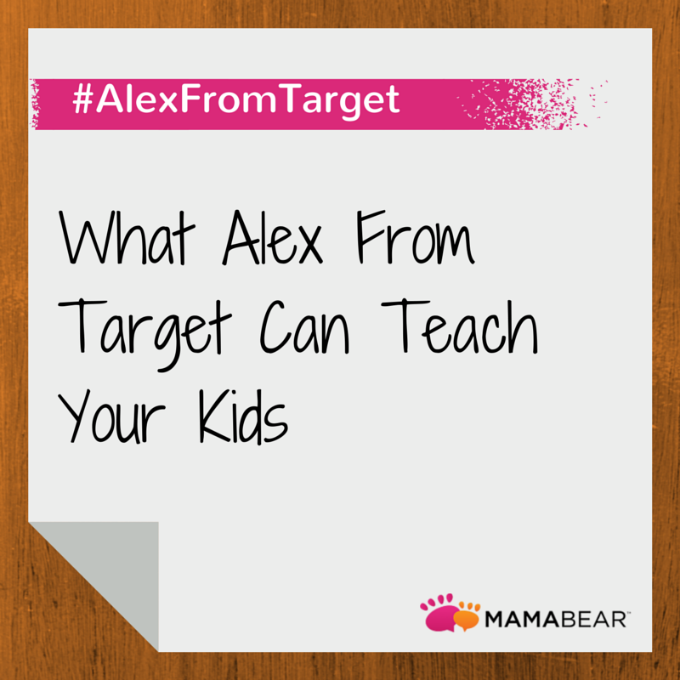 A few weeks ago Alex Lee was a normal, 16-year-old high school student working at Target. He was an average social media user and had 144 Twitter followers.

But with one unsolicited photo and a catchy hashtag, Alex is now “internet famous.” He has over 70,000 Twitter followers, appeared on the Ellen Degeneres show, and has fans waiting in his line at Target to capture their own selfie with #AlexFromTarget.

Alex’s fame, like his photo, was unsolicited. He was merely going through the motions of a normal day when 15-year-old Brooklyn Reiff captured his photo and Tweeted it to her friend. Brooklyn didn’t plan on the photo going viral, but it did.

Alex’s photo along with the hashtag #AlexFromTarget was retweeted 800,000 times.

And while this may sound like an exciting situation for the teenagers, it brings up some pretty scary implications about what can happen through the power of the Internet. It also brings to light some important social media lessons that parents should share with their kids.

Related: The Dangers of Talking to Strangers Online

The power of social media users is large and profound. We should teach our children to use that power fairly, responsibly, and maturely in order to protect themselves and those around them.

Are you unsure of how your teens and kids are using social media? Use the MamaBear App (available for iPhones and Andriods) to connect with your children’s social media accounts so you can be sure they are appropriately using their online platforms.